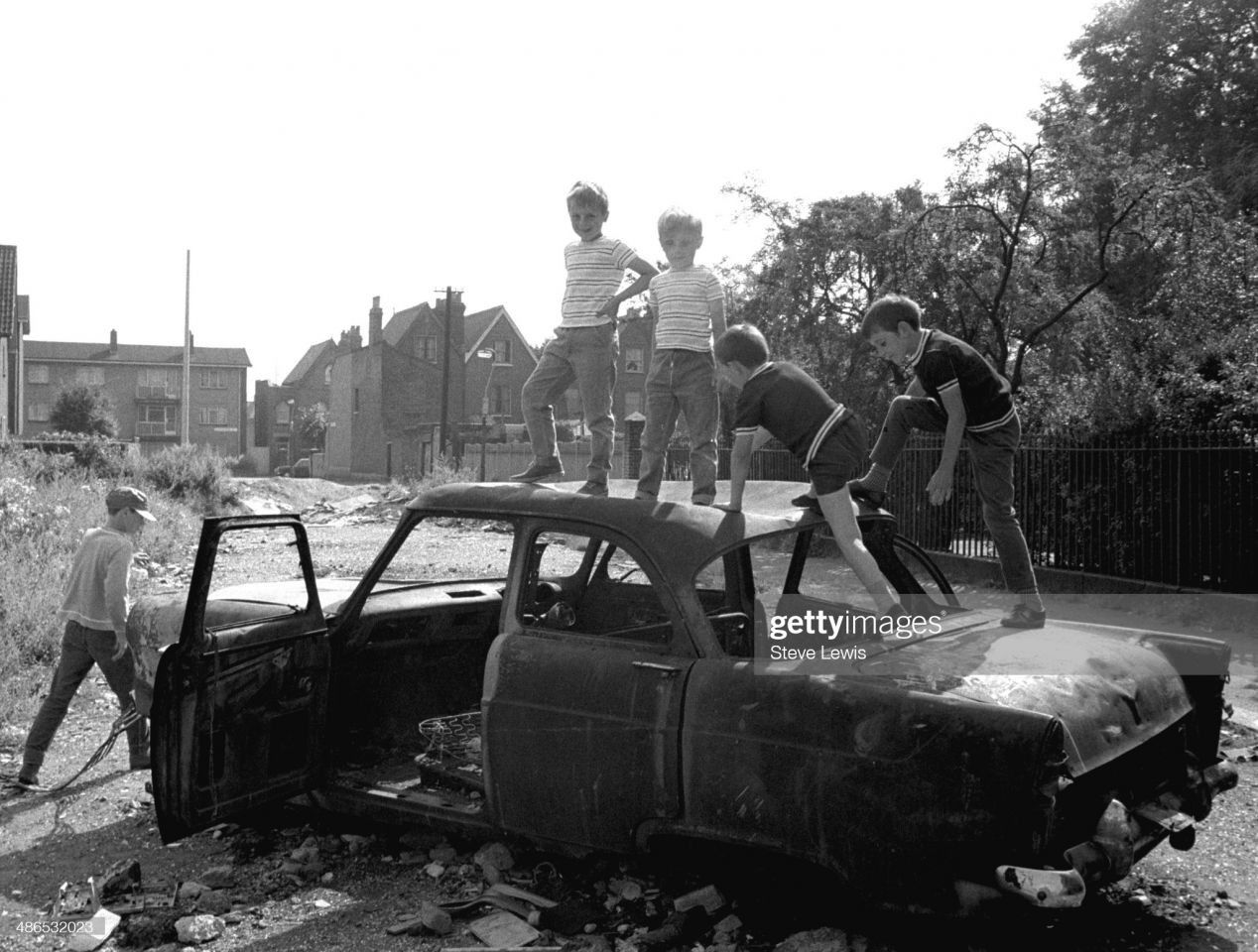 "I learned a great deal from the children, families and communities in London's Docklands and the East End where I started teaching in 1961. Conditions were not much better than those faced by the McMillan sisters in Deptford half a century earlier. Children played on unreconstructed bomb sites, and many, including immigrant families, lived in difficult conditions. My college training had not equipped me with necessary knowledge about bed bugs, or prison visiting, so I had a lot to learn …" 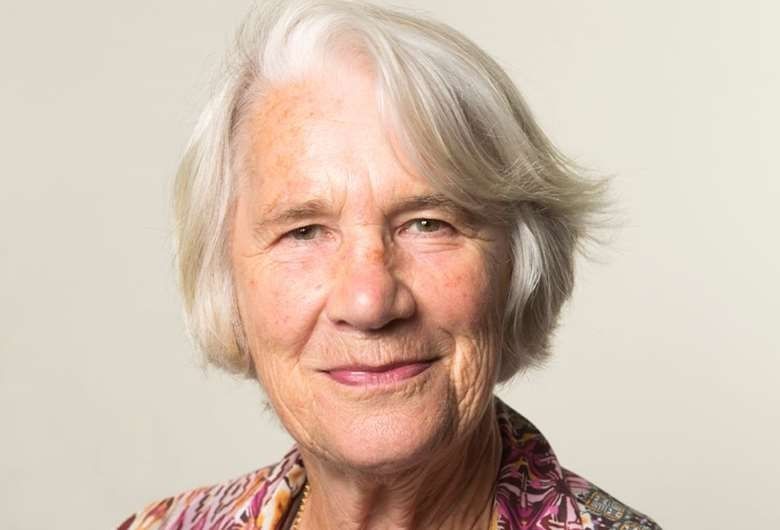 "Educators should guard against over-concentration on formal teaching and the attainment of a specific set of targets". the Rumbold Report 'Starting with Quality' 1990

In a paper which we are publishing for a general readership, Wendy Scott brings much to our attention in a rounded reflection on her sixty years of experience and advocacy in early education. The highs, principles, histories of morally committed pioneers; developing democratic early educational practice despite the disinterest of wider society; the frustrations and volte-faces of policy and ministers. She highlights the need for educators to maintain vigilance and articulate 'what quality is and should be' in the face of seas of change and ignorance in recent and contemporary times – and from her own experience reminds of the need for individuals to find their ways to keep rooted and also open.

"The Treasury … allocates resources to Government Departments over three years. This is reviewed biennially, but is followed by an annual internal battle within Departments for funding. This together with our oppositional political system makes long term strategic planning virtually impossible: I was told that my ideas for developing secure and effective early years provision over 20 years had no chance, nor did any proposal that would take longer than a single parliamentary term."

"A heavy accountability system together with inappropriate definitions of school readiness and ill-advised approaches to the teaching of reading are narrowing the curriculum in nurseries as well as reception classes. Several recent initiatives pushed through by Ministers go against research evidence and professional experience. The lack of respect for expertise is hard to understand, let alone accept. …. The politician simply put his hands over his ears, and said "I'm not listening". "

"As an experienced professional, I have deep concerns that rigidly imposed accountability to a flawed system currently takes precedence over the real needs of individual pupils: rising levels of mental health problems among students of all ages and stress on teachers are serious symptoms of the current malaise. It is very frustrating to find that although many parents as well as professionals seek to speak truth to power, they are not being heard. The human cost is considerable, and will cast shadows long into the future."

Diving into marvellous worlds, and the power of expression 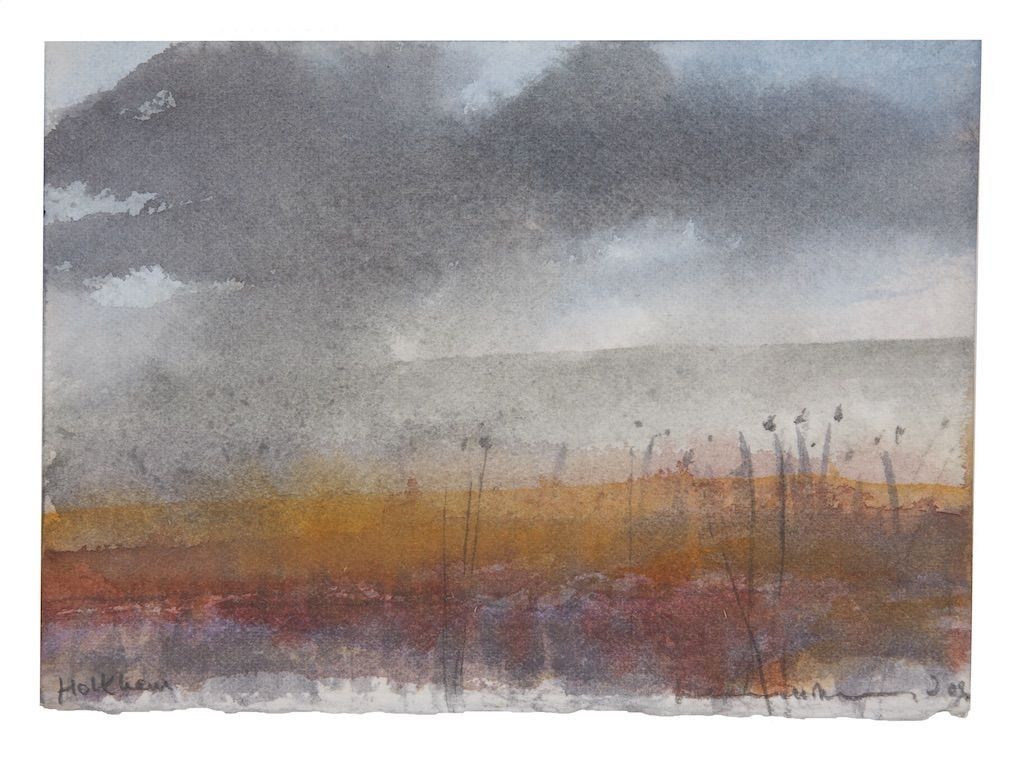 I caught this morning on the radio a snatch of conversation between an author and a painter.

They were extolling wonders of the world, and the delicacies of representing them in words and images; thinking of the fascination with edges, other-worlds, human experience and communication, 'thinking hands.' I heard a brief sentence or two, but it struck so many chords with how creative educators are striving to connect with children's imaginative worlds and 'hundred languages', and create worthwhile educational environments in which children can relish them.

It was such an inspiring lift: I discovered that the two were Robert Macfarlane and Norman Ackroyd (surprise and delight!) 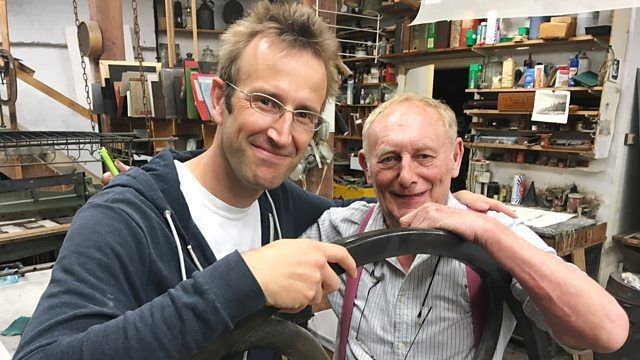 Norman, who celebrated his 80th birthday this year, invites Robert to his studio in Bermondsey, London. They discuss their fascination with wild landscapes and islands, and how they attempt to come to a deeper understanding of place. They also share their thoughts on their working methods: for Norman, printmaking is like writing music - trying to capture and fix light and weather. For Robert, writing is a strange and solitary process: he reflects on the rhythm of prose and reads his latest "selkie" or seal-folk song.

Norman has been etching and painting for seven decades, with a focus on the British landscape - from the south of England to the most northerly parts of Scotland. His works are in the collections of leading museums and galleries around the world. 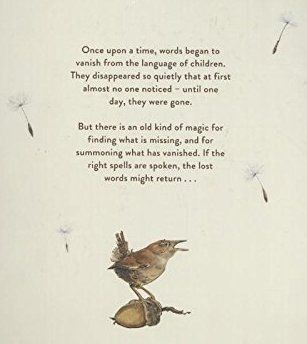 Robert has written widely about the natural world: his book The Old Ways is a best-selling exploration of Britain's ancient paths. Last year he published The Lost Words, a collaboration with the artist Jackie Morris, in which they aimed to bring nearby nature – the animals, trees and plants from our landscapes – back into the lives and stories of Britain's children." (BBC)

Here is the 'listen again' link: I hope that you will also find his inspiring and remindful of what is important for us as educators, in our quests to create heartening educational approaches, and to all children. (If the link doesn't work for you, do email me, as I downloaded the file.)

Brilliant sparks: In reading up today, I've found that Macfarlane & Morris' book has inspired at least 17 crowdfunding campaigns to make the book freely available in schools, and the John Muir Trust has made an Explorers Guide to the book. It's so heartening, isn't it, when popular actions like these are inspired by  heartfelt connections and beautiful expression? 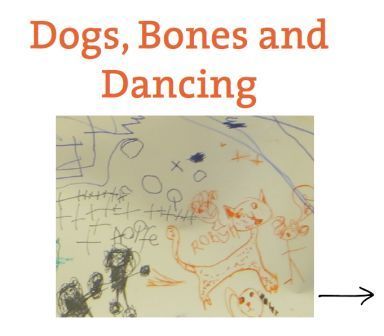 Are you looking for ways in which your children can explore their world through music and movement?

This slideshow/video summarises our 2-year project with a nursery and primary school in Kendal. Discover what we did, what we learned, what obstacles we faced and how the children engaged.

Production has been supported by Youth Music, and so we are able to make this free to download.

"Dogs, Bones and Dancing richly expands the story I have been trying to understand, in two ways.
First, it is clear that, for each of these three-to-five-year-olds, the growing vitality of a human body with its many clever parts has become a thrilling adventure.
Secondly, this life adventure is one to be explored in play with companions who love to share the energy and grace of moving, and the new stories it tells.
Such advances in cleverness with cultural understanding depend on the vitality of natural self-expression, and the enjoyment of co-creating with others in making actions and memories meaningful and productive of common good."
Professor Colwyn Trevarthen, Edinburgh

We hope you will enjoy meeting the children, the educators, their ideas and explorations and learning, and reading the accompanying Commentary by Colwyn Trevarthen, Professor (Emeritus) of Child Psychology and Psychobiology, School of Philosophy, Psychology and Language Sciences, University of Edinburgh