Practitioner Sarah Hutcheon with children from the Secret Garden Outdoor Nursery in Fife. (source: The Courier 2/1/16)

"This report ..highlights the importance that access to quality early learning and childcare has for both children and adults in tackling poverty. It helps improve educational outcomes, while it allows parents and carers to return to work, education or training.

"By trialling different methods with local authorities and child care providers, we will be better able to understand what parents and children need and want, and what is actually working. This will be crucial as we move forward with our transformational expansion of childcare.

"We need to work together to achieve our dual aims of providing high quality early learning and childcare that also meets the needs of parents, and that's why we will convene a National Summit in February so we can discuss these issues and work together to deliver an expanded childcare service that plays its part in tackling poverty and improving lives."

In 2015 Professor Iram Siraj submitted her report on the early years workforce in Scotland:

"Professor Siraj has set out clearly that we must have a workforce that is highly skilled and trained to work with young children, so that the foundations are laid for their future social and emotional wellbeing and their future attainment. The benefits of high quality early learning interactions with skilled practitioners have been shown to be particularly marked for those children who face particular barriers or challenges in terms of their socio-economic background, and Professor Siraj highlights this in her report., and it has been warmly welcomed"

It seems as though politicians are at last entertaining discussion about what constitutes 'quality' and are ready to put money behind it! 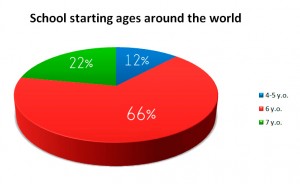 We anticipate that the government-side researchers and developers are now ready to listen to early childhood educators who are observing, for example, that:

"Scotland's early school starting age not only means that formal schooling starts before many children are physically, emotionally, socially and cognitively 'ready' and able to take full advantage of it. It also meant that, when widespread demand for early childcare arose in the closing decades of the 20th century, it was only necessary to provide childcare for about two years. It was therefore seen primarily as 'child-minding' and the political emphasis was on getting parents into work, rather than on children's development. So at a time when the quality of children's early care and their need to learn through play is arguably more important than at any time in history, there was little interest or investment in these aspects of childcare.

In countries such as Finland, where – owing to a school starting age of seven – widespread demand for early childcare began in the 1970s, early years authorities have had forty years to develop a highly effective system of kindergarten care and education, while Scotland is still in the early stages of development. There has also been more support for Finnish early years educational development because children in Finland spend four years in their kindergarten settings, as opposed to Scottish children's two years of pre-school 'child-minding' and two years of prematurely formal schooling. (This is extremely galling for EY specialists in Scotland, as our country has a very proud tradition of early years provision and scholarship, but – as stated above – the voices of EY authorities are seldom heard.)

In fact, in 66% of countries worldwide, the school starting age is 6 and in 22% (including many that now perform well above average in international comparisons of educational achievement and childhood well-being) it is seven. The 12% that have historically chosen to start school earlier – and whose performance in both education and well-being is distinctly lack-lustre – are all members (or ex-members) of the British Empire."

We anticipate a new era of listening.

Nurturing the basics; being the change: Your move!

We are way past mid-winter; new shoots are growing; gardeners are thinking about tending their gardens. Coming back from the mid-winter break, we're all in different ways turning our attention to new growth. For educators and settings attending to new development in 2016, here is a distillation from Ken Robinson's excellent and cogent 'Creative Schools':

"  Richard Gerver (Head Teacher of the Year 2005) : the basics I'm talking about are the biological gifts we're born with that thrust us into the world as incredible learning organisms. We are born with all the skills – all the basics – we need. Babies and very young children are incredibly intuitive, naturally creative, and deeply curious.'

People will achieve miracles if they are motivated by a driving vision and sense of purpose. That vision has to connect with them personally. I can't imagine that many children wake up in the morning wondering what they can do to raise their state's reading standards. But countless children do want to read and write and calculate for their own purposes and to sing and dance and explore and experiment. Countless teachers and parents want to support them.

There is not a simple line from vision to change. It is a constant process of action, improvisation, evaluation, and reorientation in light of experience and circumstances.

​ As Gandhi said, if you want to change the world, you must be the change you want to see.  "

Ken's book is a cogent call for change. He's setting the ground for what and why, and how: the chart above is from Tim Brighouse. 

Looking forward to our change discussions and consultancies in 2016, we've added to our resource papers an extract from Ken's closing chapter. We think it is an excellent and encouraging grounding for all those engaged on the quest of creating decent education: it is here for you to download. 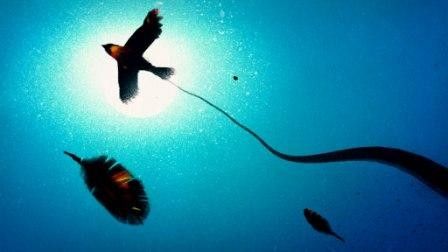 ​"Your children are not your children; They are the sons and daughters of Life's longing for itself" : these lines from Kahlil Gibran's 'on children' in his book The Prophet sprung into my head, being sung by Sweet Honey in the Rock. Perhaps because I'd been reflecting on Jacqui Cousins' comments recently? And then I remembered that a group of us sung it at the close of the Study Week 1998 in Reggio Emilia: the first group to visit Reggio after the Hundred Languages of Children exhibits in Newcastle and London. It seemed a suitable valediction to a wonderful 'first encounter' with ourselves and with a place which really seeks to celebrate children: a great song for educators and parents celebrating children.

'Read more' for 'Sweet Honey's version of the poem: Glad Tidings for the New Year!