Who's in charge of education, who's 'measuring' it, and why? 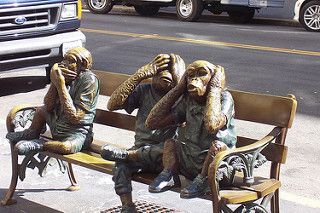 Last week OFSTED released the Bold Beginnings report into Reception classes. This report brings into stark contrast the values, beliefs and perspectives of those that seek to evaluate and bring to account provision for young children and of those who understand and support their learning processes.

Are we still bystanders as education becomes simply something to be measured by politicians, despite all that parents and teachers and children know?

Chris Merrick looks at the implications of the report in the light of a recent  presentation and call to action by Professor Peter Moss, of the Institute of Education, London.

Although the Bold Beginnings report (OFSTED, Nov 2017) is directly related to Reception classes in schools I believe it presents a distinct challenge for Early Years settings wherever they are. There are a number of reasons for this.

Reading the report I am minded of the presentation that Peter Moss made to the Sightlines Skylight[2] group in Reggio Emilia in October of this year [published here in full, on Sightlines' website.] Peter was talking about the challenges of using an evaluation system based on one perspective on education being applied to an education system that takes a very different perspective. His presentation focused on the necessity for evaluation systems being appropriate to the values and principles of the settings being evaluated. The implications of what he had to say are relevant to the issues the Bold Beginnings report generates. He says, for instance, that

This language of evaluation is a language of quantification, objectivity and certainty, and is expressed through rating scales, check lists, inspection procedures or other similar standardised measures. This is an evaluation born out of the new public management movement, which applies methods common in private business to public services, and in the process treats them as just another business. This movement has sought to manage more effectively through goals, targets and performance measures, all predetermined and quantifiable. This language of evaluation, what we might term the language of managerial accounting, has benefited from a great deal of investment of brainpower, time and money.

We have got used to responding to such a system as we have been subject to the criteria defined by OFSTED inspections, the Early Learning Goals, the developmental ages and stages whilst maintaining practice that respects children's individual trajectories, and the characteristics of effective learning which had prominence in the Statutory Guidance for the Foundation Stage. It is interesting that the Bold Beginnings report states

However, around two thirds of the staff inspectors spoke to confused what they were teaching (the curriculum) with how they thought they were supposed to teach it. This seemed to stem from misinterpreting what the characteristics of effective learning in the early years foundation stage (EYFS) – 'playing and exploring, active learning, and creating and thinking critically' – required in terms of the curriculum they provided. The EYFS profile (EYFSP) is a mechanism for statutory summative assessment at the end of the foundation stage. However, in nearly every school visited, the staff felt that the EYFSP was burdensome. Many teachers devised tasks simply to tick off elements of the early learning goals so that they could provide evidence of children's achievement. By default, these tasks – and ticking them off – became the Reception curriculum, with a significant loss of focus on learning, step by step.

This is indicative of what Peter Moss was talking about when he talks of an "incommensurate language of evaluation like managerial accounting [that] involves measuring predetermined standards and outcomes." Peter goes on to say that

'The speakers of this language of evaluation will apply their own epistemological, philosophical, political and ethical choices to an educational project that has made its own, very different choices." Which seems to be the problem here: there is a tension between teachers' pedagogical philosophies and the necessity to meet the measurement requirements imposed upon them. The implied remedy is one that comes from a linear view of learning that is alien to young children.

Developing this theme of simplification and meaning-robbing, and drawing on the incisive critique of Bill Readings, we can say that languages of evaluation based on standardized, externally-determined measures "presume that evaluations can be directly deduced from descriptive statements, [which is to confuse] statements of fact with judgements of value". Evaluation understood as a statement of fact can reduce a project to a number; evaluation understood as a judgement of value requires a far more complex, conditional and provisional conclusion. For once you let values into the reckoning any hope of a universal and objective language of evaluation goes out the window as "there exists no homogeneous standard of value that might unite all poles of the pedagogical scene so as to produce a single scale of evaluation.

This report brings into stark contrast the values, beliefs and perspectives of those that seek to evaluate and bring to account provision for young children and the canon of research on their learning processes. In Peter's words it

"does not respect the otherness of the subject of evaluation. Instead it 'grasps' the Other, negating its distinct identity and pressing it to conform, to become the Same. For as Gunilla Dahlberg has written,

Putting everything one encounters into pre-made categories implies we make the Other into the Same, as everything which does not fit into these categories, which is unfamiliar and not taken-for-granted has to be overcome ...To think another, Gunilla continues, whom I cannot grasp is an important shift and it challenges the whole scene of pedagogy. It poses other questions to us pedagogues. Questions such as how the encounter with Otherness, with difference, can take place as responsibly as possible. (Dahlberg, 2003[3], p. 270).

In his presentation Peter Moss discussed another source of influence that may be driving the perspective underlying the Bold Beginnings report. He says

I refer to the International Early Learning and Child Welfare Study (IELS[4]) initiated by the Organisation for Economic Cooperation and Development (OECD), a comparative evaluation of 'learning outcomes' among young children (five-year-olds) in participating countries. The IELS follows in the wake of PISA (Programme for International Student Assessment), the well-established comparative assessment of 15-year-olds undertaken by OECD since 2000, and which at the last round of evaluation in 2015 included over half a million students in 72 countries. The first round of IELS is due to begin in 2018, and will involve the testing of samples of children in participating countries, using standardised measures of a range of cognitive, social and emotional skills…The IELS will, in effect, be an evaluation project, evaluating not only children but early childhood education systems in participating countries…Much of importance in a particular country's early childhood education will be missed; and that harm may be occasioned by applying an incommensurate language of evaluation that seeks to 'grasp' a singular pedagogical identity and make the Other into the Same… Currently only two countries have signed up to participate in the first round of the IELS (England and the USA); many more, including New Zealand, have declined to take part. Confined to two Anglophone countries, the IELS is unlikely to have significant effects. But other countries might still join the first round at this late stage, and more may feel impelled to participate in a future second round. Then the concerns will mount… As I have said, the widespread language of evaluation epitomised by OECD or the economists wants to make statements of fact, expressed in numbers. It treats evaluation as an essentially technical practice, about measuring performance against externally derived standards; it expects to achieve a definitive representation of what is evaluated and to make a categorical statement of fact.

Is our joining this system already having an impact? This report would suggest it is. I believe we are in danger of throwing out all we know in an attempt to compete in a competition that most countries have declined to join.The Bold Beginnings report is predicated on the results of forty-one schools whose results might win us that particular competition, but will children really benefit from it? Most research into the long-term possible benefits and damaging effects of too much formality too soon would suggest not. Julius Weinberg[5], (OFSTED Chair), speaking at the 2017 annual conference of the National Governors Association in early November talked of the need for divergent thinking rather than the convergent thinking that dominates the current education system. Yet in this report it seems OFSTED is advocating an industrial methodology dominated by instruction for the youngest children in school. It denies children the capacity to encounter multiple systems for understanding the world as expressed in the 100 Languages[6] poem by Loris Malaguzzi. Ultimately there appears to be a clash of values at the heart of OFSTED which mirrors the tension and dilemmas that Early Years teachers experience. No wonder some of them expressed confusion!

This clash of values and priorities is exacerbated by the system of standardized, externally-determined goals and testing processes by which we are measured. Peter describes alternatives when he says 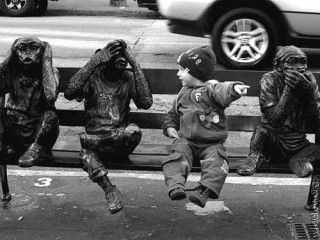 Along came a two-year old, And this is what he said ...

By contrast, the language of democratic accountability, working with pedagogical documentation, treats evaluation as a judgement of value and an essentially political and ethical practice. This involves: understandings constructed and judgements reached in relation to political questions and choices; and relationships of respect for otherness expressed through listening and dialogue. It views evaluation as inherently provisional (there is always more to be understood), partial (there are always other perspectives, other ways of looking and understanding), and participatory (a wide range of people should take part). Gunilla and I think that pedagogical documentation has the potential to work at different scales, but much more work needs to be done on this aspect. How exactly might you evaluate, using pedagogical documentation, at the school or system levels? What new sources of documentation might be needed? And what conditions would be necessary to ensure such evaluation involved widespread participation and achieved truly democratic accountability?

These are crucial questions and we might serve our children better by working in dialogue, together, to try to answer them, than by accepting a report that infers changing our values and beliefs about early years education. There are many examples of how pedagogical documentation is used in nurseries both in the maintained and non-maintained sector and much could be learnt from them should OFSTED choose a different sample to the ones in Bold Beginnings. There may be a temptation to shrug our shoulders, assume it doesn't affect us and say it isn't our problem because it's about what happens in schools not nurseries and early years settings. We can't do that. If we bury our heads then we are abandoning our four year olds to the same, pressured fate as many Key Stage 1 children currently experience. The enthusiastic, energetic learners that we see as three year olds will increasingly become the stressed and nervous children with the mental health problems that we are having to address later in primary school. For some time my favourite quote has been one from Robin Duckett in Adventuring in Early Childhood Education[7]: If you do not take power and authority for your professional thinking, someone else will. You will be a subject, a serf, in someone else's country. And the lords of that realm may not share your values.

We must take note and oppose the implications of this report.

[1] Statutory Guidance for the Foundation Stage 2017

[3] Beyond Quality in Early Education and Care Dahlberg, Moss and Pence, 2003

Tags whatever next! democracy Ethics
PRINT