Here we are after the turn of the year – feet still on the ground? Heads still looking at the stars?

To say the least, it is not always easy to be this way, but it is needful for all those who are working to create enabling educational spaces. Here are words from two who may be good for us in these times – Mabel Barker, who as an English educator in the 1930s wove together her passions for nature, mountaineering and education, and Shehzad Roy, contemporary campaigner for educational reform in Pakistan: 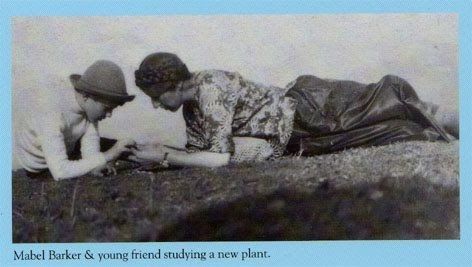 Mabel Barker: "It is a truism to say that we are children of the earth. We all say it; we know it; but it is still necessary to fully understand that this is so; it is necessary to believe it literally. We have enough biological knowledge to easily understand the influences that unite an organism to its environment; a fish that does not have water is not a fish – it is a skeleton; plants of the same species do not develop in the same way when they are grown in sand as when they are grown in the marshes, or in the light compared with the dark; a domestic animal does not have the same character as his free and savage ancestor. So, is this not true for human beings?

It is the experience of the earth that gives us the comprehension of life.

Education need not limit itself to observation and study, even of real things, but can be based on the activities that we are going to present. I am not speaking simply of manual work in schools, nor the practical preparation for a future trade, but of something much more profound and of much more importance for the future. ..both teachers and children can easily taste a little of the spirit of adventures, experience the joy of confronting the elements, and live in contact with the earth, without fear.

Children who are given access to the most varied surfaces of the earth would have the chance to develop most fully the heritage of their ancestors; things hidden in their subconscious, that would probably not be developed in an environment that consists purely of books. It is this combination of possibilities, this mixture of heritage, which can burst with originality; and … we can say with certainty that an education by means of the basic occupations [husbandry, harvesting, cooking, exploring, playing, making, mending] makes human beings intelligent, charming and capable of living with joy and usefulness."

Shehzad Roy, prominent Pakistani musician and educational campaigner, has written on his work over the past 15 years – here are extracts: 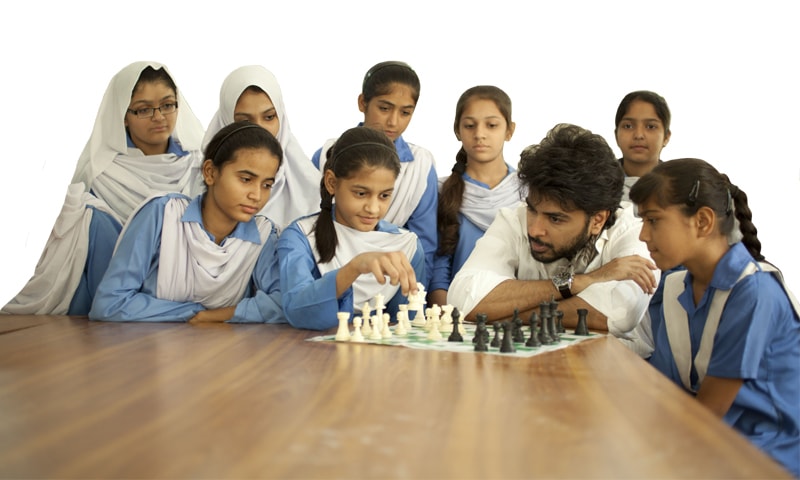 "In my career as a musician and working to introduce reforms in the civic sector, I have noticed that, as a nation, we shy away from resolving big issues which may have very simple solutions that stare us in the face, preferring instead to come up with "innovative solutions". Hence the dialogue for change turns into fancy innovation-speak.

I … was not in the mood to suggest any further 'innovative' solution, and felt that the real solution was to roll up our sleeves and fix the state school system.

The objective was not only to reform one government school but to start a dialogue and convert this school into a catalyst which could impact the education system in Pakistan. I soon realised that turning around one government school was like turning around all of Pakistan on a small scale; it involved dealing with the land mafia who often use religion and patriotism to encroach on land, and to deal with corrupt, irregular and even ghost staff.

Yes, I did receive a few death threats along the way, but they were not real I assume because I am still alive.

When I started my charitable organisation Zindagi Trust (ZT) in 2003, being part of this same creative' civil society with the 'innovative' mindset, I also came up with an innovative idea to reform the education sector, in particular the issue of out-of-school children. Under the "I Am Paid To Learn" (IMPTL) non-formal education programme, we started paying the working/street children to come to small units/schools that we established in three cities.

By 2005, there were 3,000 working children enrolled in this programme [but] it dawned on me that until and unless we fix the government schools, the marginalised sections of our society will never receive quality education. To start this dialogue, Zindagi Trust took over the transfer of management of a government school for girls called SMB Fatima Jinnah Government School (FJGS), located in Karachi's Garden West area.

One of the more remarkable things we were able to implement there was the teaching of Life Skills Based Education (LSBE). Based on a curriculum developed by the NGO Aahang, LSBE has a strong component on how children can save themselves from sexual abuse. This was a bold step as even private schools then were hesitant to implement this curriculum. But we were ready to convert the government school into an institution and catalyst for change.

In 2008, we decided to take the next giant step and took the transfer of management of the government girls' high school Khatoon-i-Pakistan School (KPS) .[It took us 8 years working behind the scenes with the authorities before corrupt practices were driven out of the school premise and we could truly begin.]

KPS now also stands transformed. Enrollment is up at both schools. Before we took over, less than 200 children were attending KPS as opposed to the 400 enrolments on record. After we took over the school in 2016, in just one year the number went up to 900. Children studying there are not only excelling in academics but also in arts and other co-curricular activities. FJGS and KPS have beaten the elite Karachi American School and Grammar School in football last year.

One of our girls was a national chess champion in 2014 and even the army chief, on a visit to the school, played chess with the school team.

Meanwhile, after the tragic incident of Zainab, the young girl who was abducted, raped and killed in Kasur earlier this year, we pushed for the same Aahang LSBE curriculum to be taught in all government schools in Sindh, which was accepted by the provincial government.

Now Balochistan is also implementing LSBE in its schools. Millions of children will hopefully be saved from sexual abuse as a result of LSBE being taught in thousands of schools across Sindh and Balochistan.

Firstly: the path is not easy and there will always be unexpected obstacles

Secondly: it is the only path worth pursuing - 'Keep at it.'

Thirdly: we need to do away with the mantra of 'something is better than nothing.' Our children deserve more."

The words from Mabel Barker are from her 1926 doctoral thesis. We are currently working on a revision of her biography 'And Nobody Woke Up Dead' by Jan Levi, with additional accounts of her school work. This should be out during 2019.

Mabel 's and Shehzad's tenacity certainly lend us strength and direction; we hope they do for you also as we all create new roads in this coming year.