Here comes the SATs hammer again. But adults and children say - We Are More Than A Score!

The government and its departments continue to march  determinedly over the lives of children, with yet another round of its damaging test regime*.

We have produced an inspiring film for SATs results day, reassuring children that the tests do not measure all that they can do. The film features famous faces including author Michael Rosen, actor Adil Ray, musicians Andy Gangadeen and Dunstan Bruce, Caroline Lucas MP, comedian Zoe Lyons and podcasting duo, the Scummy Mummies, as well as parents, teachers and children. It has received over 150,000 views in 24 hours on social media.

Sara Tomlinson, spokesperson for campaign group, More Than A Score commented: "The Department for Education's announcement comes at a heavy price for schools, teachers and, most of all, pupils. Over a third of year 6 pupils have been told that they have 'not reached the expected standard' based on a very narrow set of tests, taken under pressurised exam conditions. Branding children as failures just before they start secondary school risks turning them off learning altogether. Many of those pupils will have spent months focusing on just English and maths to prepare for SATs. They will have missed out on a broad and stimulating curriculum at a critical point in their education. It's not right or accurate to base a school's overall performance on the test results of 10 and 11-year-olds. There are more supportive ways to assess children and fairer ways to measure schools, without the need to turn pupils into data-points. The tide is turning in the assessment debate. Over 90% of primary school leaders want the current system to change and all opposition parties have pledged to a fundamental review.

The time has come for the government to listen to those who know pupils best. Parents, teachers, heads and experts agree: our children deserve better."

See more about the campaign at More Than a Score.

*In multiple Parliamentary questions, government ministers have re-asserted that they fully intend to continue with this regime (See The Cat is Out of the Bag)

The cat is out of the bag: We will never stop testing young children, says UK Government Education Minister

​"It is not and never will be the time to get rid of standardised assessment at primary school," stated Damian Hinds, the UK Secretary of State for Education  in Parliament on 24th June. His response came after very strong questions from a cross-section of MPs all questioning the policy, and pointing out the inherent damage to children and schools; "SATs [Standard Attainment Tests] are a very important part of our architecture to raise attainment."

However more and more MPs are voicing their dissatisfaction, and echoing the huge public  dissatisfaction with the position: here are dissenting MPs in the exchange last Monday: 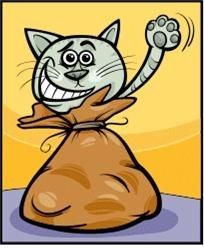 "England's schoolchildren are among the most tested in the world. Headteachers are telling us that high-stakes examinations are associated with increased stress, anxiety and health issues, but the Secretary of State has let the cat out of the bag: we are staying stable in the programme for international student assessment rankings. That was the gold standard that this Government were going to be tested by, but that is sophistry, for standards have gone nowhere under this Government." Mike Kane MP

"I recently visited a primary school in my constituency rated good by Ofsted since 2005. The headteacher brought to my attention the level of difficulty and stress that key stage 2 children face when undergoing SATs." Andrea Jenkins MP

"I have heard countless stories from teachers up and down the country that they have kept children in during break times or sacrificed time that they would have otherwise spent on other subjects to prepare for SATs. Does the Secretary of State take no responsibility for that stress put on teachers, which inevitably filters down to children? Frankly, is it not just time to scrap SATs?" Layla Moran MP

The cat is out of the bag, though. The government's interest is in league tables, way above being interested in children. The vested interest is extraordinarily obstinate and is stonewalling  passionate and articulated voices of parents, educators, industry leaders - and even the OECD, who created the tests in the first place! Here is a good example, worth quoting:

Just last year, Confederation of British Industry President Paul Drechsler called on policymakers to make education in England about more than results and rote learning, and prioritise teaching that encourages thoughts, questions, creativity and teamworking. This was in a March 2018 speech to the Association of School and College Leaders: 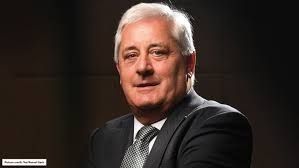 "Teachers' jobs are not just difficult because the world is changing, it's also made more difficult by years of moving the goal posts in public policy. Those failures have culminated in today's debate between the extremes of rigorous testing on the one hand, and the rounded development of a young person on the other. It's a false dichotomy – and one set in the context of our schools system, where not enough money is allocated in public budgets. It's time to reset the debate. End the parade of government announcements that make a good headline but don't make a jot of difference on the big issues.

Of course, academic achievement matters.But alone, it's not enough for the exciting world we face – in work, or in wider society. Schools have been saying this for years, and so has the CBI. Attainment and wider preparation for adult life go hand-in-hand. 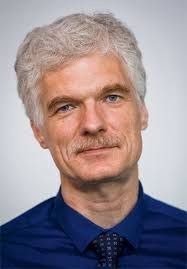 Just last week, the inventor of the PISA tests, Director of OECD Prof. Andreas Schleicher, said that English policymakers are reacting to his test results in a different way to other nations. In other countries, policymakers are trying to improve performance by encouraging students to take responsibility for their own learning. The OECD are clear that we are now doing more rote learning than almost anywhere else in the world.Yes, times tables are important. But if memorising facts is all students are doing, there's much they are missing out on. It doesn't have to be like this.Singapore, Finland and the best schools in the US all show it doesn't have to be done this way. There, education has a clear objective, with clear standards on core subjects, clear lines of appropriate accountability, and all based on developing the whole person. They've had a healthy, open conversation about what they want from their educational systems.Not a debilitating culture-war-of-attrition dragging on since the 1970s.

Let's dump the ideology - no more fixation on school structures and exam reform.It is time for a national, rational debate on how we help our young people succeed.And then let's reform the curriculum to deliver the results we need."

Why is it so difficult for the Government's representatives  to do differently - and what can be done? Paul Dreschler suggests: "our politicians are too entrenched, the ideological commitments hold too firm a grip; old habits die hard. We should take ownership."

Continuing our theme 'Curious Adults, Curious Children', this  meeting will give a further chance to hear different perspectives on democracy in early childhood education, both in theory and practice focusing on: