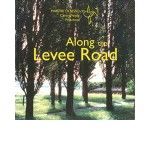 Along the Levee Road

The history and identity of the Municipal Preschool Centro Verde Martiri di Villa Sesso narrated by the the people who participated in its creation. The book tells the story of an educational community over almost half a century (1945 -1997)

Our School as part of the Reggio Emilia Experience - Max Ghiradi

The Centro Verde - the children's thoughts and words 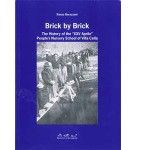 The history of XXV Aprile Municipal Preschool of Villa Cella, one of the first opened in Reggio Emilia after the end of the second world war.

"All of my little models were laughingly overturned: that building a school would ever occur to the people, women, farm labourers, factory workers, farmers was in itself traumatic. But that these same people, without a penny to their names, with no technical offices, building permits, site directors, inspectors from the Ministry of Education or the Party, could actually build a school with their own strength, brick by brick, was the second paradox." - Loris Malaguzzi

This book is a powerful history of one of the first centres for children and the dedication of women and parents after the devastation of World War II. 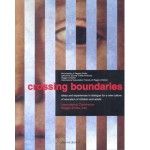 Ideas and experiences in dialogue for a new culture of education for children and adults.

The book contains the proceedings from the International Conference held in Reggio Emilia in February 2004 entitled "Crossing Boundaries".

The Conference offered itself as an international opportunity for dialogue and exchange around themes such as the rights and potentials of children and adults, learning processes and the school's strategic role.

Including a DVD with conference video-interviews. 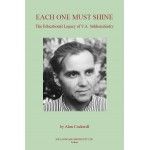 Each One Must Shine

The Educational Legacy of V.A. Sukhomlinsky

Sukhomlinsky was “the most influential Soviet educationist during the 1960s and 1970s”. Joseph Zajda
It may truly be said of Sukhomlinsky that he became a legend in his own lifetime. The school of which he was principal was an educational mecca visited by thousands of Soviet teachers. He was a prolific writer and his publications ran into millions of copies. His personal correspondence was prodigious.
Sukhomlinsky’s work is close in spirit to that of progressive Western educators  - he belongs to a European humanistic tradition in education inspired by such educators as Vittorino da Feltre, Comenius and Pestalozzi, and his work is relevant to teachers and parents in English-speaking countries. 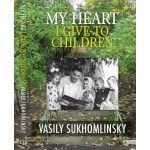 My Heart I Give to Children

“Now I see the secret of the making of the best persons,

It is to grow in the open air and to eat and sleep with the earth.”

With these words from Walt Whitman’s ‘Song of the Open Road’ Sukhomlinsky closes his account of how he educated young children in a Ukrainian village during the aftermath of the Second World War. Vasily Sukhomlinsky (1918 – 1970) was principal of the same rural school in Pavlysh, central Ukraine, for twenty-two years. His remarkable work attracted thousands of visitors, some of whom travelled from the length and breadth of the Soviet Union to see his school with their own eyes. One visiting principal commented: ‘I have spent only one day in this remarkable school … but I have learnt as much as I did in four years at teachers college.’ (M. Manukian) 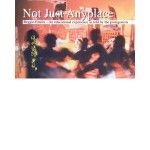 The documentary film on the history of Reggio Emilia’s municipal centres for early childhood, with historical pictures and interviews with the protagonists.
The narrative of more than a century of educational history.

Directed by Michele Fasano
Produced by Reggio Children with the International Association Friends of Reggio Children, the Emilia-Romagna Region and the Municipality of Reggio Emilia
English translation by Gabriella Grasselli and Leslie Morrow 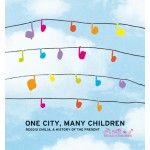 One City, Many Children

This recounts the story of the birth and development of Reggio Emilia's early years services, the nido and scuola d'infanzia.  It brings together the voices and thoughts of many 'protagonists' and which refers to many sources.

A collective autobiography, an impassioned history that weaves with other histories, in a long and subtle skein of what Loris Malaguzzi called threads of silk: "A history made in this way could pass for a history that has travelled down the years and seasons without a cloud... Instead experiences of this kind, so anomalous, always walk on threads of silk." (Loris Malaguzzi, 1993)

The narrative is developed through a number of broad themes: city and families participation, the active role of women and women's movements, the politics of education in the city's municipal administration, the ties between pedagogy and politics, the originality of pedagogical thinking of Loris Malaguzzi and of the Reggio Emilia education project, and the strongly international identity of what is a local experience.

These themes, all topical and capable of generating new questions on education, on the role of schools, and as their highest aspiration, on the culture of children and human beings, are explored more deeply through contributions and considerations from architects, atelieristas, designers, academics, philosophers, photographers, teachers, pedagogues and pedagogistas, poets, film directors, scientists, writers and historians: the theory of the hundred languages of children here shapes the construction of the narrative form. Certainly, a book which takes sides, on and by the side of all children. 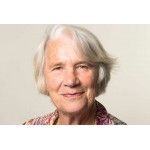 “Educators should guard against over-concentration on formal teaching and the attainment of a specific set of targets”. the Rumbold Report ‘Starting with Quality’ 1990

In a paper which we are publishing today for a general readership, Wendy Scott O.B.E brings much to our attention in a rounded reflection on her sixty years of experience and advocacy in early education. The highs, principles, histories of morally committed pioneers; developing democratic early educational practice despite the disinterest of wider society; the frustrations and volte-faces of policy and ministers. She highlights the need for educators to maintain vigilance and articulate ‘what quality is and should be’ in the face of seas of change and ignorance in recent and contemporary times – and from her own experience reminds of the need for individuals to find their ways to keep rooted and also open.

“I learned a great deal from the children, families and communities in London’s Docklands and the East End where I started teaching in 1961. Conditions were not much better than those faced by the McMillan sisters in Deptford half a century earlier. Children played on unreconstructed bomb sites, and many, including immigrant families, lived in difficult conditions. My college training had not equipped me with necessary knowledge about bed bugs, or prison visiting, so I had a lot to learn …” 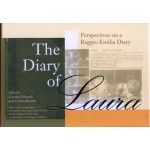 The Diary of Laura

Perspectives on a Reggio Emilia Diary

Through the voices of Carolyn Edwards and Carlina Rinaldi this book presents a powerful tool of observation, reflection and professional development for educators.

An assemblage of affectionately written notes and photographs, the original diary chronicles the journey of one child’s first month in a infant-toddler centre in Reggio Emilia.

It includes international reflections on the significant learning from educators' diary of a young child in a Reggio Emilia infant-toddler centre. 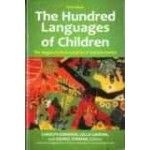 The Hundred Languages of Children 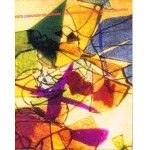 The Hundred Languages of Children - Catalogue

Catalogue of the exhibition 'The Hundred Languages of Children' that has been travelling successfully for many years around the world.

The book, with the contributions by different authors, presents through a rich and diversified documentation the evolution of the pedagogical experience in Reggio Emilia and Loris Malaguzzi’s thinking.